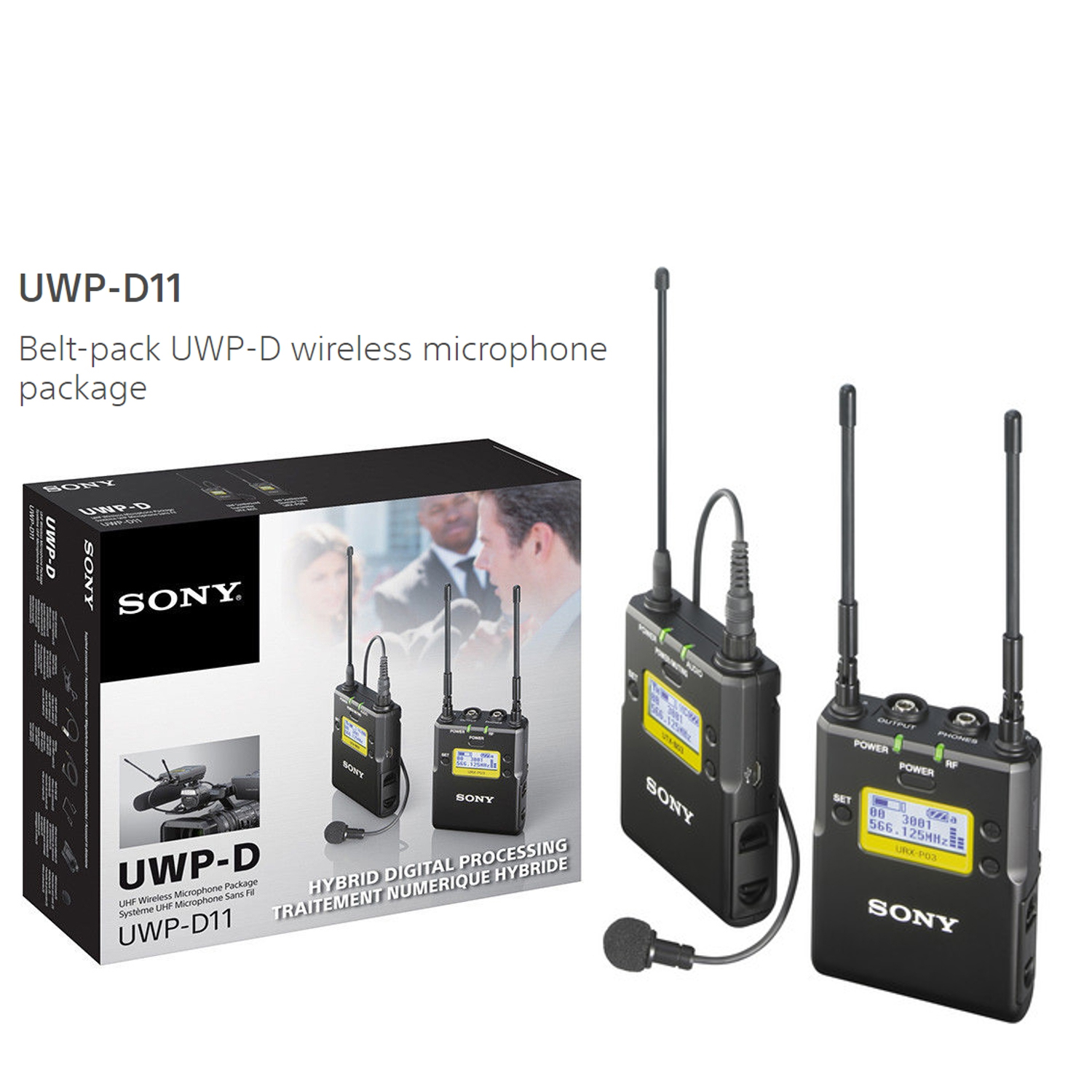 The camera-mountable receiver features true-diversity technology, which stabilizes reception and minimizes RF interference by using dual antenna input/reception circuits and selecting the strongest incoming signal. The angle of the antennas is also adjustable to improve reception when the receiver is mounted on top of a camera or camcorder. The system utilizes UHF Phase Locked Loop (PLL) synthesis to lock the phase of the transmission frequency between transmitter and receiver. The receiver can automatically search for an available transmission frequency and link the desired frequency to the transmitter via infrared connection.

A stereo mini-jack output with monitor volume control is included, and both stereo mini and stereo XLR cables are provided. The unit also includes a headphone monitor output for use with cameras and camcorders that don’t have a monitor output. An LCD display provides channel and frequency information, battery life, RF-input level, audio output status and accumulated operating time.

For power, the receiver operates on two AA batteries for up to 6 hours, or on 5 VDC of USB power over a USB micro-B cable. The USB connection can also be used to recharge Ni-MH rechargeable batteries within the battery cartridge. The receiver’s compact design and included shoe-mount adapter allows easy mounting to most camcorders and interchangeable lens system cameras.

The improved bodypack transmitter features a mic- and line-level switch for standard wired microphone or line-level sources. Selectable transmission output power provides a choice between 5mW output, which is suitable for simultaneous multi-channel operation, or 30mW output for long-distance transmission.

The transmitter can operate for up to 8 hours on two AA-size alkaline batteries, be powered or recharged via USB micro-B connection, and features a comprehensive LCD display.

The system comes with an omnidirectional lavalier microphone, a windscreen for the microphone, a microphone holder clip, two belt clips, a shoe-mount adapter, a mini to mini stereo cable, and a mini to XLR cable. Optional accessories such as a battery case and soft case for the receiver are sold separately.

Provides up to 72 MHz of transmission bandwidth

Enables direct monitoring of receiver via headphones; especially useful for cameras that lack a monitor output

Allows selection between 5mW output power and 30mW output. 5mW is suitable for indoor, simultaneous multi-channel operation while 30mW is intended for outdoor, long-range use

The transmitters and receiver feature metal construction for durability